For more behind the scenes, visit our YouTube Channel!

Burn My Money was made in the most organic and liquid way I have ever made a film. The film started when our lead, Sam Krumrine, was part of an LA stunt gym that had access to a boxing ring. We quickly built the story and characters and began filming our "boxing movie" when all of a sudden the world got shut down due to COVID-19. This caused us to rethink and re-evaluate the story we wanted to tell, scrapping everything but the characters at the heart of the film and placing them in this new world we are living in. This led the film to be written as more of an outline, allowing the actors to bring their truth into the scenes, having their characters wrestle with the same anxieties and tensions we were all feeling in 2020. Fear of the future, claustrophobia and social justice issues all became threads within the story due to the world we were living in everyday.

Burn My Money has developed into something deeper due to the open handed nature it was made and I hope it speaks to the tensions of the world around us. 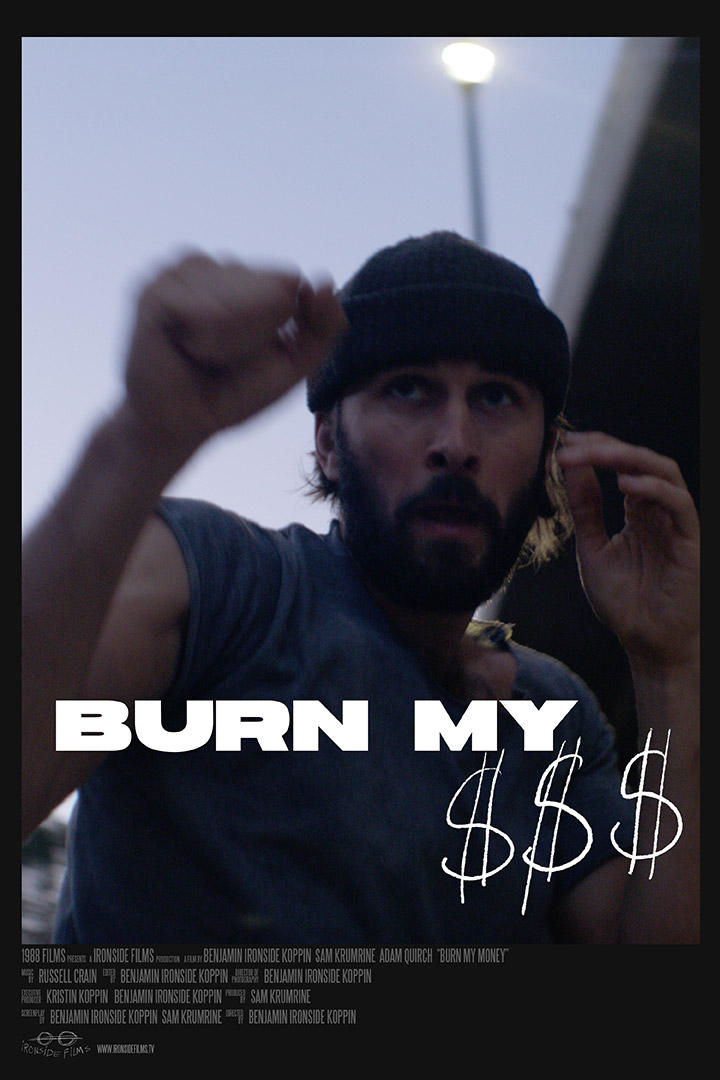